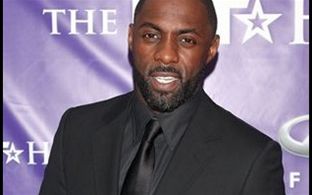 Anticipation is mounting ahead of this Sunday’s 68th Golden Globes taking place in Los Angeles as Ken McReddie Associates actor Idris Elba is up for an award.

Idris has been nominated in the Best Performance by an Actor in a Miniseries or a Motion Picture Made for Television for his role in ‘Luther’.

‘Luther’, a BBC/ BBC America co-production, is psychological thriller that takes a bold new look at the crime genre. Idris, who is also associate producer on the project, plays Luther, a driven homicide detective in the series.

A previous Golden Globe winner, Dame Helen Mirren’s 2010 film ‘Red’, has also been given the nod in the Best Motion Picture, Musical or Comedy category.

The awards will air live on Sunday (16 January) and will be presented by fellow British actor Ricky Gervais. They will be broadcast in 160 countries.