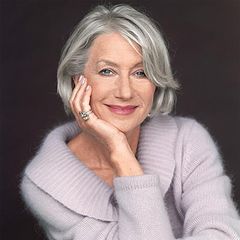 Two of Dame Helen Mirren’s films were screened this week at the Toronto Film Festival.

‘The Debt’ and ‘Brighton Rock’ both got a warm reaction from audiences. Mirren is represented by Ken McReddie Associates agency.

In ‘The Debt,’ Mirren joins Ciaran Hinds and Tom Wilkinson as former Mossad agents who are haunted by a mission they became heroes for in 1967. As they deal with the consequences of their actions 30 years later, they bring the story of the team's attempts to capture a notorious Nazi war criminal hiding in East Berlin to life.  The film was produced and co-written by Matthew Vaughn.

‘Brighton Rock’ is a remake of Graham Greene's 1939 novel Brighton Rock. Mirren stars alongside Sam Riley, who played the central role of Pinkie Brown, and Andrea Riseborough, as Rose Brown.

The adaptation, from Spooks producer Kudos Pictures in association with BBC Films, will shift the story to 1964, a year in which south coast clashes occurred between teenage mods and older rockers.

‘Brighton Rock’ was adapted as a film in 1947, directed by John Boulting and with Richard Attenborough as the razor-wielding teenager Pinkie.

Another Mirren project, ‘The Tempest’ is set to be screened at the New York Film Festival later this month, having being shown first at last month’s Venice Film Festival.