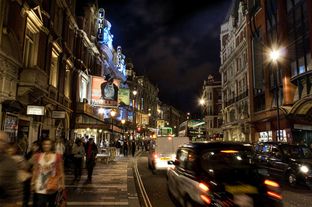 The Artist Partnership actor Martin Shaw will appear in the theatrical masterpiece ‘The Country Girl’ under the guidance of critically-acclaimed director Rufus Norri.

Martin Shaw and Jenny Seagrove are reunited in the roles played by Hollywood stars Morgan Freeman and Frances McDormand on Broadway in 2008, and by Bing Crosby and Grace Kelly in the multi-Oscar winning 1954 film. Martin Shaw’s most recent stage appearance was in the West End triumph ‘A Man for All Seasons’.

‘The Country Girl’ is an insight into the turbulent lives of a married couple whose relationship is tested to the limit when a shot at stardom exposes their deep-rooted flaws.

Starring roles in George Gently and the BAFTA award winning Judge John Deed, Shaw has established himself as a notable and versatile actor.

His co-star Jenny Seagrove is herself well acquainted with the theatre and has played lead roles in almost every West End playhouse; her most recent West End performance was in Peter Hall’s critically-acclaimed production of Alan Ayckbourn’s 'Bedroom Farce'.