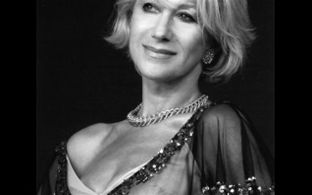 Dame Helen, who is represented by Ken McReddie Associates, will be presented with the special honour at the inaugural CinemaCon Big Screen Achievement Awards ceremony.

Headlining the remake of ‘Arthur’ alongside Russell Brand, which is released in the UK mid-April, Dame Helen has won international recognition for her work on stage, screen and television. She swept the Academy, Golden Globe, BAFTA and SAG Awards and every major critics' award for her performance in ‘The Queen.’

Dame Helen has also been Oscar-nominated for her work in ‘The Madness of King George,’ ‘Gosford Park’ and, most recently, ‘The Last Station.’ She has earned acclaim for a wide range of roles in such films as ‘RED,’ ‘The Tempest,’ ‘State of Play,’ ‘Calendar Girls,’ ‘Teaching Mrs. Tingle,’ ‘Cal’ and ‘Excalibur,’ among many others.

The Artist Partnership is a marcus evans entertainment company.