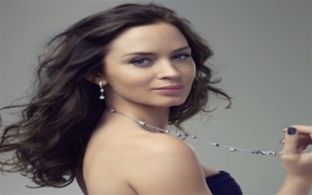 The film will open nationwide on 11 February.

Set in the gardens of fair Verona Drive, the film centres around the blossoming of two young garden gnomes, Gnomeo, (James McAvoy), and Juliet (Emily Blunt), amidst a turf war between the reds and the blues.

Emily Blunt is best known for her performances in ‘The Young Victoria’, for which she earned a Golden Globe nomination this year in the Best Actress Drama category, ‘The Devil Wears Prada’ with Oscar winner Meryl Streep, ‘Sunshine Cleaning’ and ‘Wolfman’ starring alongside Sir Anthony Hopkins.