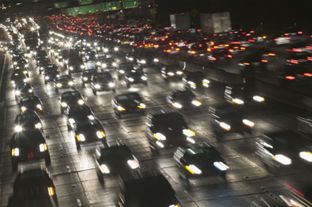 Asia could do with using Springfield in Australia as a blueprint for how to take pressure off its major congested cities. That’s according to Maha Sinnathamby, Chairman, Springfield Land Corporation who believes Asia needs large and independent cities to decentralise congested cities.

The Springfield project is considered to be leading the field of city planning providing people with a place to live, work, learn, said Sinnathamby, who was a speaker at this month’s marcus evans Asian Infrastructure & Property Development Summit 2010.

The Springfield project was awarded World’s Best Master Planned Community by the International Real Estate Federation (FIABCI) in May 2010.

Sinnathamby emphasises the need to decentralise congested cities rather than continuing to spend on expensive infrastructure to solve congestion. “Springfield is already taking significant growth pressure off Queensland’s capital, Brisbane. The same Edge City’ model we have developed at Springfield can be successfully replicated in other major cities worldwide. There is no reason this same model could not work in Asia in cities such as Shanghai and Delhi. Emerging, well thought out new cities will offer congested cities in Asia a solution but the work needs to start now if it is to be done in time.

“All major cities in the world are still growing organically, whether it is Paris, London or Bombay but at Springfield we have taken the tiger by the tail to create Springfield and seriously decentralise Brisbane.”

The key to success in building a city, according to Sinnathamby, is to ensure interconnectivity and provide the key services as well as social and physical infrastructure required by people.  Encouraging people to walk and cycle instead of relying on vehicles is also an important element in creating sustainable cities, he added.