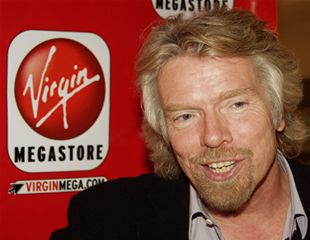 Social marketing offers an unprecedented opportunity for businesses but myths exists as to its relative inexpensive nature and its ability to hit mass audiences.

Catherine Williams, Head of Social Marketing Strategy, Mindshare Worldwide, explains how social media has thrived thanks to the onset of the financial crisis.

Williams was a speaker at the marcus evans Broadcast Evolution Summit that took place in Cannes, France on 17-19 January.

A cultural storm was brought on by the financial crisis and meant people were going out a lot less and reaching out to one another from their sofas, hence the new term ‘sofalising’, Williams says.

“People were staying in more and in order to keep in touch began collecting more friends on Facebook and socialising more online. This cultural change pushed online socialising to mass. This was compounded with the high penetration of digital cameras and people could post photos to share if they didn’t want to chat.

“At the same time some marketing budgets were being trimmed. And when this happens clients call for creativity. Because of the rise of online socialising, marketers started talking about the power of propagation planning – not planning for the people that you reach, but the people that they reach. So the start of social marketing was driven by the cultural change, not for money reasons per se."

Dispelling the well ingrained myth that social marketing is inexpensive and effective, Williams says this is not always the case.

“It’s not cheaper as social marketing still requires an element of paid, owned and earned activity. You still need to pay for advertising to get people to talk to hear about you in the first place. Even if a brand has a community on Facebook people don’t know about you unless you advertise to drive awareness.

“Also, it may be instant but it is not always mass as you have so many people doing different things online and it’s incredibly fragmented. Therefore mass happens very irregularly,” she explains.

A proven social marketing trend, viral marketing has spread across the social media landscape. According to Williams, a classic example is the ‘Ask Richard’ campaign, where a community was successfully leveraged to participate on an issue close to their hearts.

FBi Radio in Sydney, at risk of closing due to financial problems, urged listeners to track down Sir Richard Branson and pitch him to provide AUD$1 million to save the station.

Branson was the target because of his Virgin empire as well as his entrepreneurial spirit. In reaction to listeners’ pleas, he did in fact get involved and suggested people band together and donate a small amount of money each to make up the amount. They did and the station was saved.

“That’s a beautiful example of using the power of the community, online and offline, to really generate the support. It’s quite a fun example.”

However, despite social media being here to stay Williams advises companies to get involved only if the business has clear objectives for playing in the social space.

“You should only do it if you’ve got the time and energy to create and maintain your social presence long term. Otherwise you very quickly end up with 20 Facebook pages and 15 Twitter profiles with no one maintaining these three months later. It really depends on the objectives and resources of the brand, if they don’t have these then I would say to stay out of it or start really small.”