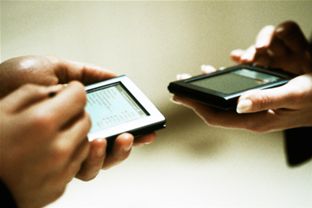 Mobile technologies to outpace PCs in 2011

Mobile internet devices will outsell desktop personal computers this year, prompting a shift in the way businesses operate and advertise, according to a new report.

According to the Technology Predictions 2011 report, released by consulting firm Deloitte, non-PC computing devices such as smartphones, tablets and netbooks will prove more popular than PCs.

The global business landscape is being transformed by the arrival of mobile technologies. IT is now required to respond more rapidly than has historically been the case.

A speaker at the marcus evans CIO Summit 2011 in Dallas, TX, April 11-13, Kochar explains that technology is now a central tenet of any business.

He says cloud computing is at an early stage but the agility it offers is a big step forward for technology, according to Kochar.

“Resources can be easily deployed and released for products and solutions. It also reduces capital expenses and creates more variable costs. As a result, it can be more aligned with the business usage and allows more flexibility for business leaders. If you include software, platform and infrastructure as a service you can see cloud software expanding very aggressively, especially for non-core areas. “Obviously infrastructure as a service is where a lot of the discussion is and that is just going to grow – whether that is private or public clouds. The level of sophistication that clouds get to varies from company to company. But I don’t think there is any hiding from the cloud services in this current day and age.”

The second decade of this millennium is set to deliver further on the mobile promise, Kochar predicts.

“Mobile is the next technology that is going to transform business. The speed of business is going to increase. The ability to participate or make decisions or move the business forward is increasing. Social networking provides a similar kind of enabler to speed up collaboration, decision-making and the pace of business.

“People are looking for and getting much more control on information and knowledge that they can access when and where they want. I think mobile and social are both driving that transformation,” he adds.