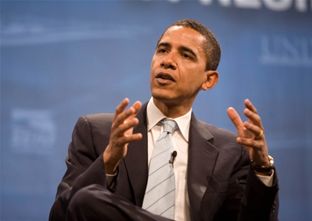 President Obama’s Healthcare Reform is an excellent opportunity for nursing to step up and be very influential in how delivery of care is rendered.

However despite the historical reform package boding well for this sector, the current economic climate is having a precarious effect on nursing.

She asserts that the historic healthcare reform in the US is paving the way for positive changes to be implemented.

“President Obama’s Healthcare Reform is an excellent opportunity for nursing to step up and be very influential in how delivery of care is rendered. Nurses are very collaborative. We are not competitive in the sense that other organizations and disciplines are. The most prominent feature in Obama’s reform is that everyone has the right to health care, but of course that has to be at the best price level. As chief nursing officers (CNOs) represent the organization at a corporate level, there is tension in balancing what is best for the patient population with the organization’s view of how to be financially successful. The tight rope of balancing clinical quality and excellence with cost is one that nurse executives walk all the time.”

The financial uncertainty of the federal and state budgets is also an immediate concern, she notes, as nursing is always highly impacted as it is the biggest workforce of any organization.

The current economy presented a two-tier challenge for the nursing job market, she continues.

“There are two prongs of the workforce that are creating a challenge. Due to the current economic situation, nurses are not retiring as they had planned so we have an older workforce than might have been anticipated. This leads to issues with the physical work and its resultant health effects.

“The energy level of older nurses is also an issue not so much in terms of cognitive thinking but their ability or desire to work 12-hour shifts. Also, we have been very active in improving the capacity of academic institutions to produce more graduates. However, these young graduates are not always able to find jobs in the areas that they want and that is devastating for them and for the profession.”

The marcus evans National Healthcare CNO Summit Spring 2011 will take place in Hollywood, Florida on May 25-27.