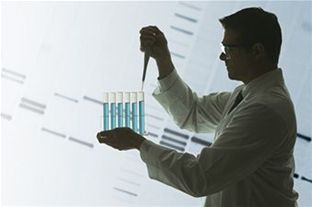 Ana Polanco, Medical Director of AstraZeneca in Mexico explains that Latin America is standing head and shoulders above many other locations thanks to its 500 million citizens, totalling 10 per cent of the world’s population.

Polanco was speaking in advance of the 5th Annual Clinical Research in Emerging Countries Conference that is taking place on July 21-23.

She points out that countries like Mexico, Brazil and Argentina along with their biggest cities - Mexico City, San Paulo and Buenos Aires – have ensured the region is a big draw for research companies.

Given the region’s diversity, the importance of understanding and appreciating the varying social and cultural norms that exist in emerging research markets cannot be underestimated, she explains.

“There is a view outside Latin America that we are all the same. If I can put it in context, we are a region that is over 21 million sq km of territory. There are very important cultural differences and language differences. Even though we speak Spanish in most of the countries the Spanish that we speak is not the same.

“There are also different governments. In Latin America you will find governments that are more capitalist or more communist. We have very profound democratic government s and others that are not so democratic. And this may also have an impact on the regulatory agencies that we have.”

Polanco believes that global economic conditions have intensified pressure to find new patient populations to participate in trials as companies try to bring their drugs to market within a set timeframe.

“Clinical research is a very costly activity. Pressure is upon everyone to reduce costs and be more cost effective. And to have different populations involved in the trial.”

The marcus evans 5th Annual Clinical Research in Emerging Countries Conference will be held on July 21-23 in Florida.