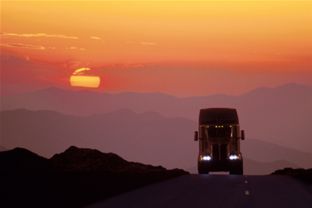 Challenges still exist for African countries grappling to undo a legacy dominated by trade with their former colonial rulers rather than with each other. However, it is a situation that is improving, according to Johny Smith, CEO, Walvis Bay Corridor Group (WBCG), Namibia.

The initiative, which sees several African countries pulling together to promote and improve trade links, is significant. “Angola, Botswana, DRC, Namibia, South Africa and Zambia are working together to develop Walvis Bay as an alternative trade route for the South African Development Community (SADC).  Through this process we have created transport forums consisting of both the private and public sectors in these countries where they can sit around one table and discuss issues of common concern.  What is however important is that we have put a system in place where issues of common concern are discussed, noted, followed up and improvements are being implemented."

Maintaining strength and stability during this period of global recession is a challenge for the WBCG but one that is being tackled strategically by the group, Smith explained. “It is a challenge, but we are focusing continuously on how we can improve trade along the Walvis Bay Corridors by focusing on reducing bottlenecks along the corridor route and hence cut down on transit time within the port, along the corridor and at borders.  We also continuously look at potential opportunities within the regional and international market to create awareness about our initiative and trying to develop strategic cross border and international relationships.”

Smith also notes the importance of African countries developing trade links with Brazil, which has a very strong emerging economy. “Brazil has a lot to offer in terms of agricultural development and manufacturing for Africa and historically there is a link between Brazil and Africa.” The legacy for business left behind by the South Africa World Cup 2010 will be a positive one and will encourage the opportunity for FDI in Africa, Smith envisages. “The World Cup has therefore opened the doors for trade and it is now for the private sector and international community to grab this opportunity to come and invest in Africa.“