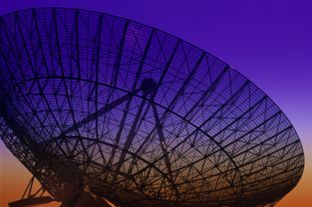 Telecoms – a catalyst for growth

Investing in talent is a key component to both the emerging Tanzanian job market and the global corporate arena with most companies seeing it as a priority and essential for their success.

That’s according to Vodacom Tanzania’s HR Director, Stella Kiwango, who says that for countries like Tanzania, it is a challenge for small to medium size enterprises (SMEs) and firms.

Kiwango is a speaker at this week’s Strategic HR Kenya Conference being held in Nairobi. “We are going through difficult economic times so investing in human capital does tend to suffer. But when economic conditions are more stable most employers understand the concept of human capital. And most employers across the globe recognise that talent in the organisation is central to growth, as well as innovation and creation of value for shareholders and stakeholders.”

Tanzania has had one of the fastest uptakes in mobile phones of all African countries, currently boasting a 30 per cent penetration level. Kiwango says that mobile phone technology occupies a very crucial role for the local economy. “When you look at the mobile phone industry there has been fantastic job creation in both the formal and informal sectors. The growth of businesses includes services providers, ICT and training companies and IFC.  These devices have also benefited increased commercial transactions and reduced transport costs as people don’t have to travel from one area to the other to deliver a message. The time spent on this travel has also been eliminated. It is also facilitating international trade between Tanzania and other countries."

Given the benefits of mass connectivity that other countries have enjoyed, Kiwango doesn’t rule out the country becoming an economic success story of the next decade. “Tanzania is still a developing country. It’s still far behind if you look at some of the critical areas across the globe. Tanzania is in a period of transition and poised for growth and telecoms connectivity is a major factor in the country’s development,” she added.